The last time I traveled to Colorado, I decided to travel to an interesting part of my former state, Northwest Kansas!

It’s not that I hate Northwest Kansas, but I typically went East or North.

And on my few trips to Colorado, I traveled west, and then went North once I was in-state.

Now, obviously COVID-19 has changed we travel and we have yet to see the permanent effects of this disaster. But thankfully, it was easily to socially distance from people in Northwest Kansas. (Actually, there were no people….) 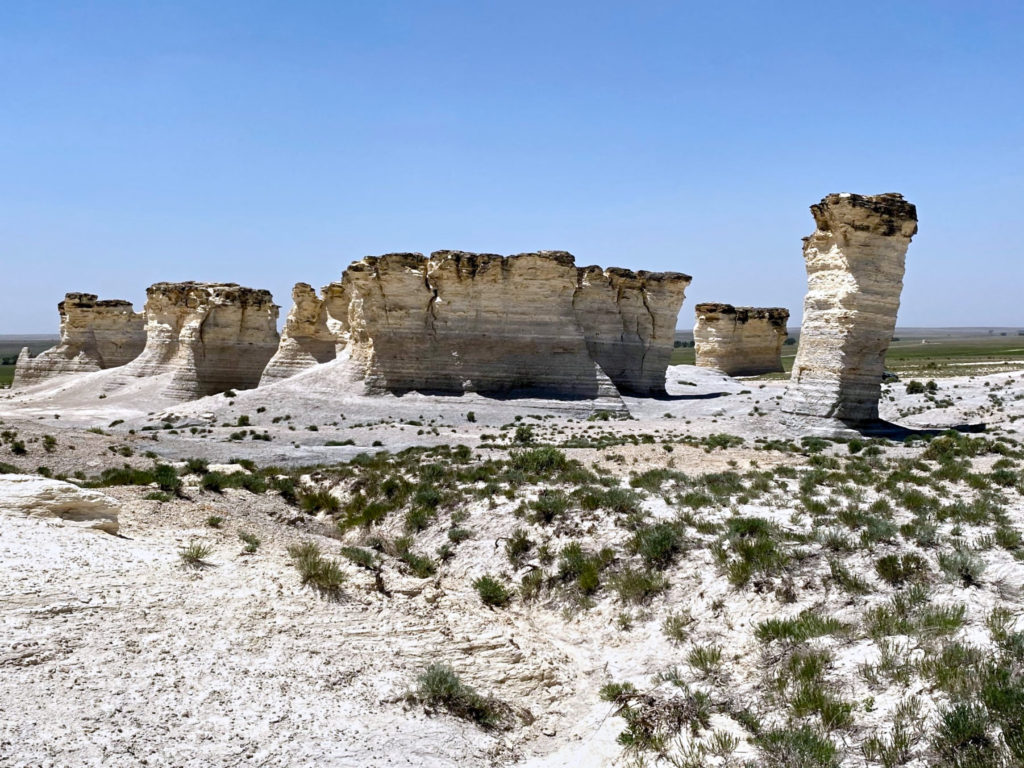 The Monument Rocks (also known as the Kansas Chalk Pyramids) are a National Natural Landmark.

It’s kind-of-weird, as its located in a field surrounded by barbed wire, and occasionally cattle are placed on this land. So, these large rock formations look out-of-place.

So, how did these 70-foot rock structures arrive in Northwest Kansas?

Back in the day… (many days and years ago)… Kansas was a sea. Yes, seriously. It was called the Western Interior Seaway.

The chalk pyramids are remnants from this time, as they were carbon-dated to 80 million years ago!

That’s not the only cool feature about Monument Rocks…

The other is you can find fossils here!The most widely-found fossils are shark’s teeth, but I am sure there are other things.

Interesting Kansas fact: For some odd reason, Kansas has a lot of fossil digging spots. The soil and rock structure allows for great preservation. We have the “normal” water fossil digs. (Teeth are the normal finds here.) However, we also have random mastodon and wooly mammoth digs. Weird, right?

I never really had a desire to visit the Monument Rocks until my sophomore year of college.

While talking to somebody random, they said there was a specific spot in Kansas that they wanted to see, and the Chalk Pyramids were it.

Now, I did not realize the popularity of this destination in Northwest Kansas, and I was not expecting anyone to be there during the hot, summer afternoon.

There were license plates from Texas, Oklahoma, and New York filled the pull-off parking spot.  (There was plenty of space for people to social-distance, but there was a constant trickle of people.) The Chalk Pyramids are a short, thirty-minute drive from Interstate 70, so I guess I shouldn’t be “that” surprised.

Now, despite my enthusiasm to see it, I was actually disappointed after I visited.

Monument Rocks is one of the eight “Wonders of Kansas.” But… there is not a lot to do here. I only stayed for about fifteen minutes, and it did only offer a few unique photo opportunities.

If I was in the area, I might visit again… it is free! 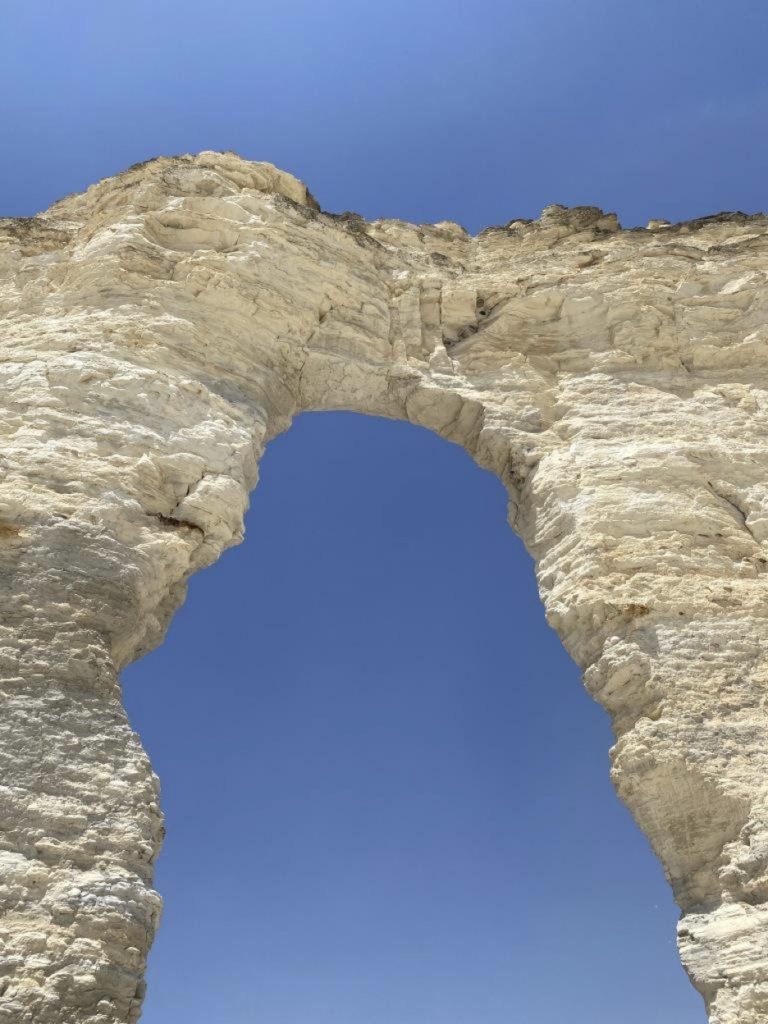 This place has a quirky name, but I loved it.

(Just a heads up, it is only a fifteen minute drive from the Monument Rocks!)

The Little Jerusalem State Park is the newest state park in Kansas, as it opened in October 2019. Because it is so new, the hiking and walking trails are in pristine condition! 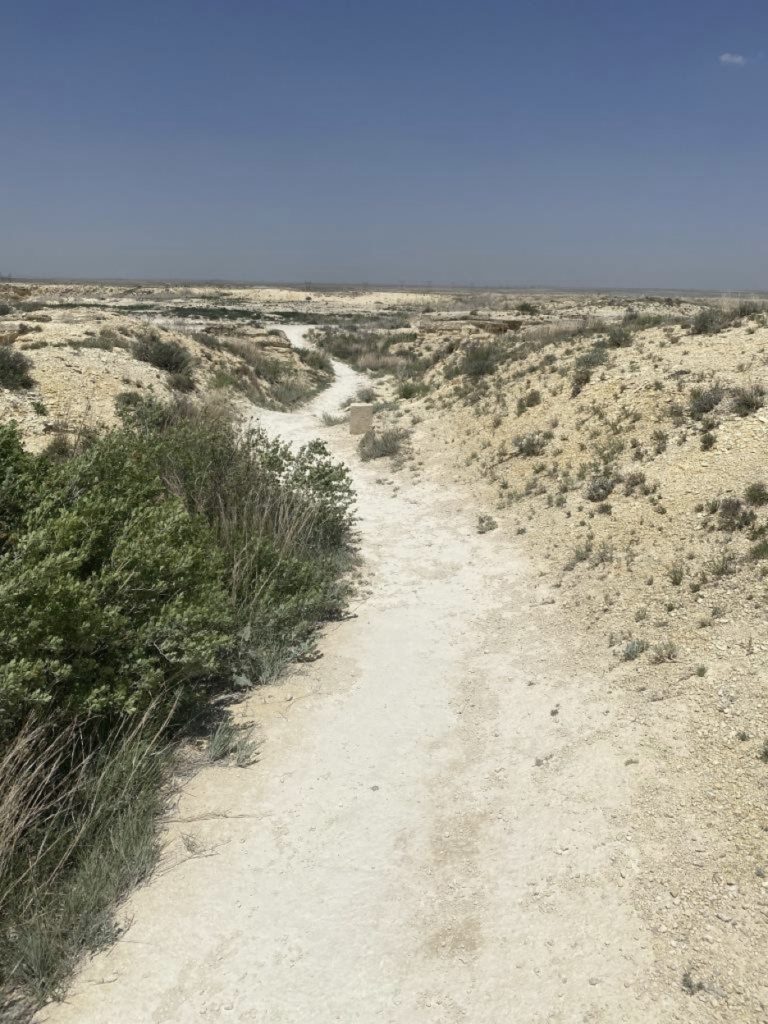 This park has a three different trails, and each has a different difficulty level. However, none are too difficult.

One thing I wish I could’ve done was camp here… but there are currently no camping spots open.

So, if you decide to visit the Monument Rocks and Little Jerusalem and you want to camp, you will need to visit Lake Scott State Park. (Near Scott City, Kansas.) This is a short-distance too, as the drive is about fifteen minutes from both locations. 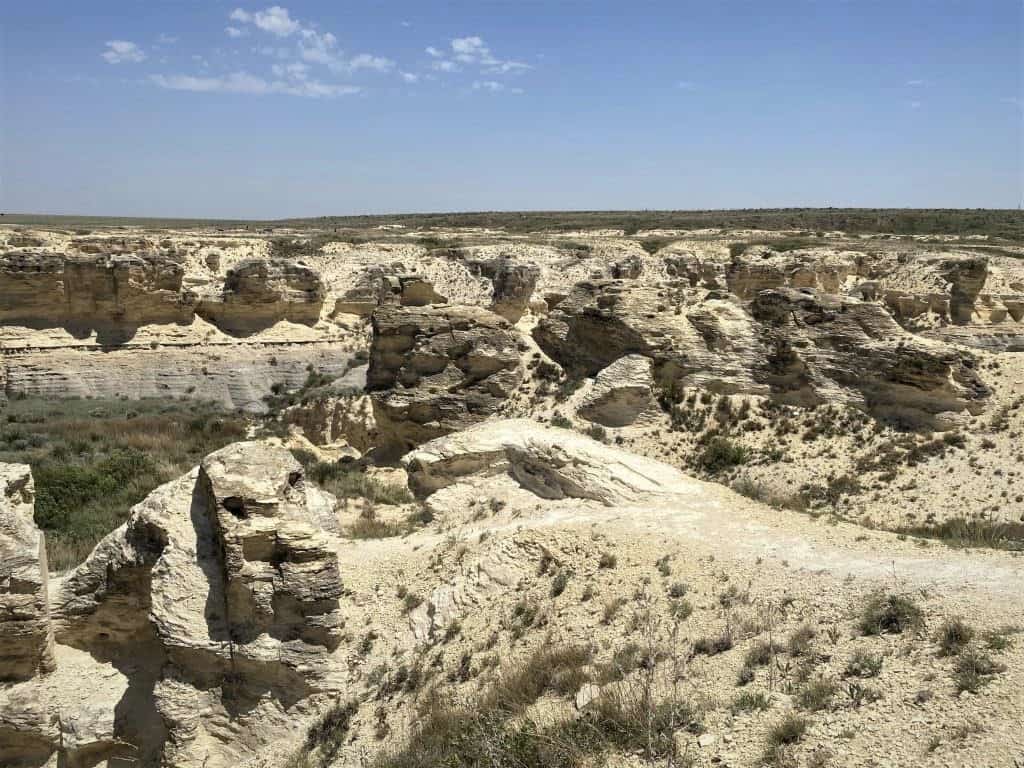 Look, I get this place is labeled a “badland.” But this is such an interesting place.The walking paths are easily walkable, and the inclines/declines are not too difficult.

Compared to the fifteen minutes I spent at Monument Rocks, I actually spent a couple of hours here!

There are things to see and do, and it is worth the $5 admission.

ProTip: You can actually schedule a guided tour through the Badlands. It requires an appointment through the Scott Lake Department, but it is free! So, camp there and book a walking appointment! More information can be found here.

Honestly, hiking up Mount Sunflower was my biggest disappointment during my Northwest Kansas trip.

This was my final stop in the State of Kansas, and I went there right after I finished visiting Little Jerusalem.

I did debate for some time if I wanted to visit the highest point, and I decided to go (despite it being an extra hour away).

Well….  let’s just say it isn’t too impressive. Here is a picture of the incline 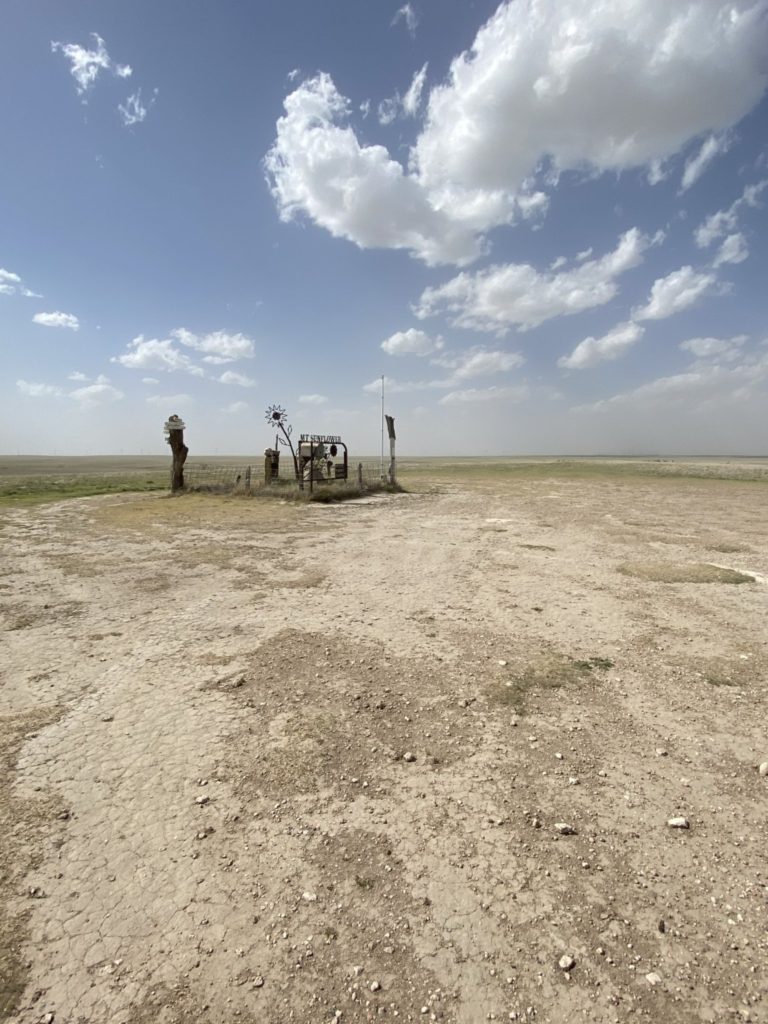 In order to get to the top, you will drive to that metal sculpture. Here is what the Mount Sunflower sculpture looks like: 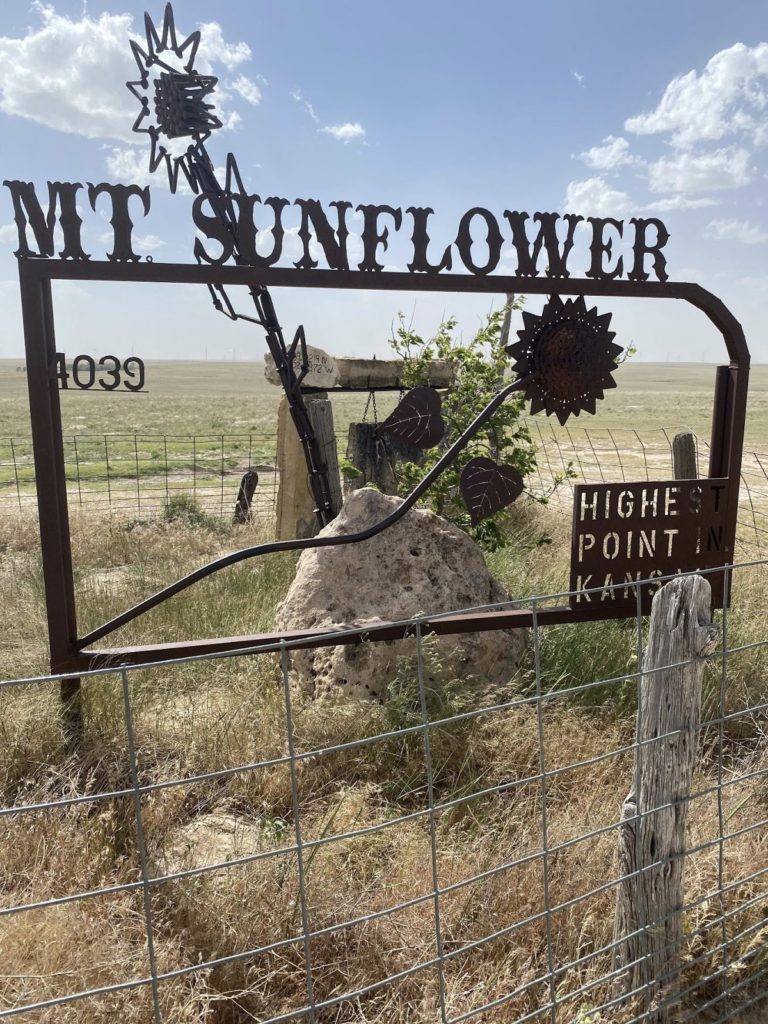 Disappointing is an understatement. If you are attempting to do something cool like hike to the highest point in each state, I am not going to stop you. But I am not going to recommend going out of your way for this place either.

There are not a lot of great things to do in Northwest Kansas. And despite everything being close to the Interstate (I-70), I cannot recommend stopping anywhere accept Little Jerusalem Badlands State Park. It really saved my trip to Northwest Kansas, otherwise, I think I would’ve been more disappointed.

Would I stop at these places if I happened to be in the area? Maybe. I might want to go back to the Monument Rocks for sunset.

Here were my final rankings:

If I had to go back to Northwest Kansas, I think I would visit the city of Hays, which happens to be home to Fort Hays State University.

So, have you ever been to northwest Kansas? What places do you recommend visiting next?