I still remember where I learned about COVID-19…. Twitter. (Yes, I receive all of my news from Twitter.)

It was around mid-January, when I was more worried about the United States going to war with Iran than anything else.

I still remember talking to another friend who has traveled more than I, and we thought nothing of this thing called “Covid.”

In February, the stock market crashed and we ran out of toilet paper.

In March, Rudy Gobert of the Utah Jazz tested positive and all hell broke loose.

In 24 hours, I was evicted from my student housing and forced to move back home. “Just two weeks,” I thought.

The only stable thing during that time in my life was the unstable wifi. (And my family)

Granted, I had it easier than most.

Some great things happened during that period of isolation. I started this blog, studied photography, (attempted to) learn about SEO, wrote a lot, and bought a GoPro.

I also day-traded in the stock market… (Let’s not talk about trading some inverse, triple-leveraged ETN’s based off the price of oil derivatives. Ticker: DWT)

Despite these good things, I was disappointed too. I had an awesome study abroad experience to Scotland planned. (And I won a scholarship that was paying for it.)

But that summer, I was able to do some social distance traveling to both Colorado and Northwest Kansas.

However, that wasn’t the worst part.

My friends I said goodbye to in March of 2020? I’ve never seen them again, and I probably won’t be able to.

And then fall hit, and let’s just say “damn.”

a) locked on my college campus. (Quite literally, we were not allowed to leave for 5 weeks.)

b) extremely bothered by the staggering amount of deaths from COVID-19.

To cope, I began to bury myself in my schoolwork.

I also began to prepare for whatever was beyond school.

Again, I had it easier than most.

Here’s what happened to me (and sorry this gets personal): my grandma died, I was in a car accident (everyone was okay thankfully), I had a friend go missing for over 24 hours, got my two lowest test scores ever, got denied to graduate school, got denied for the Fulbright Grant, a family member got sick with COVID, and my other grandma fell.

At the same time of all of this, I was attempting to pay attention in school. But at the same time, I felt like I wasn’t learning anything new.

During March of 2021, here’s what I wrote because I was frustrated at the time.

“It’s the third week of March 2021, and my Instagram Feed is littered with pictures of my classmates and friends on Spring Break Trips.

It’s not that I don’t want to be with them; I wish I was on the beaches of Florida, but I am in my dorm room… alone. I am attempting to be the responsible one. I feel like a senior citizen instead of a senior in college.”

So, I decided to say “screw grades” and spend as much time with friends as possible.

I knew that I probably wouldn’t get the chance to see them again.

With all of this, World Embark was forgotten about.

Well… it wasn’t that I forgot about it, but I had other priorities. (Somehow, I still managed to launch a Pinterest though???)

After applying to graduate school, I wrote down that I could either go to Grad School or start on World Embark full-time.

It was only after being denied to graduate school that I began to ask the big question, “What am I going to do after I graduate?”

On March 30, 2020, I purchased a one-way flight to Turkey, and I decided I’m going to try and work on this website.

Now, I am somewhat familiar with Turkey as a country.

During my undergraduate research paper, I focused on history, remembering, and U.S. – Turkish Relations in the twentieth century.

Specifically, my thesis was that the U.S. government used Turkey as a foreign policy tactic during the Cold War against the USSR. Then, they  used Turkey as a gateway to the Middle East. (Mt thesis was Americans used the Armenian Genocide as leverage.)

I have been fortunate to work a variety of jobs (ranging from construction to humanities undergraduate assistant) throughout the semester and summer and received plenty of scholarships that I will be graduating debt-free.

And I recognize that this comes from a place of privilege.

But I may not ever get this opportunity to travel again. And I really do think this website is going to save me from a boring and predictable life.

When I bought my plane ticket, I was not aware of the COVID situation in Turkey, and I didn’t even know how to apply for a visa to the country.

While most people were studying for tests, I was researching used backpacks and other gear.

When other seniors were applying to jobs, I was watching YouTube.

From the minute I booked my plane ticket, I was checked out of school 24/7.

Despite this excitement, the morality of traveling during a pandemic bothered (and continues to bother) me.

I am fortunate that I do not belong in the at-risk category. But my biggest fear is being asymptomatic.

I have known many people that have tested positive for COVID-19, and I even knew one person who died from it.

So, one of my many qualifiers of travel included receiving the COVID-19 vaccine, and I received my first dose of the vaccine on April 2nd. This left plenty of time for efficacy after the 2nd dose. (About 4 weeks)

Of course, I will continue to wear my masks and follow the guidelines.

It isn’t that I don’t want to keep people from getting sick, but I don’t know what else to do. Wearing my mask and getting the vaccine, that’s all I know how to do.

Well, today was rather unexpected.

Unfortunately, Turkey officially announced that they were closing for three weeks for a full lockdown.

I am conflicted, as the last thing I want to do is cause more damage to the Turkish people’s health.

However, after reading some more, I am happy to report I am still going.

This is for a variety of factors.

The first is their case count has steadily been decreasing for the past week. (While at the same time, their vaccination rate is going up very slowly.)

Side Note: Turkey has handled their vaccinations interestingly. They appear to be vaccinating both health care workers and tourism workers at the same time.

The second is that their reopening strategy is to fully re-open on May 17th, which is 10 days before I was planning on landing in Istanbul.

The third and final reason is Turkey is actually still allowing visitors!

I am shocked as you can imagine, but this is again due to the Turkish reliance on tourism for their economy.

It’s interesting, but what this means is I may have a bigger impact going to Turkey than I first imagined. Hopefully, this trip will give me an opportunity to really help some small businesses and shop owners as I tour the country.

It’s final’s week, and I will be graduating from college this Sunday, May 9th.

Turkey’s cases continue to go down, and it is looking more likely that I will be able to go.

But this past week has really been reflecting upon what I want World Embark to be. (And who I want to be too.)

For World Embark, I want it to be a place where all feel welcome. And I really want to encourage you to pursue your own Worth Exploring and Worth Experiencing Moments. I mentioned this on the start here page.

But for me, this project is going to be a labor of love.

I want to treat each one with kindness and respect while listening to them. I want to tell everyone’s story that I can, and I want people to feel appreciated. (Even when society deems them less than important.)

I think this is the reason I want to go to places everyone deems as scary or “unsafe.” I want to show people that there ARE more good than bad people in the world.

I want to approve my attitude. Daily. (This one is going to take A LOT of work.)

And I do believe this trip is going to do that.

For as long as I can remember, I have been running the race of life.

But for me, I don’t want to be like that. I want to live a life worth repeating. I want to take time and enjoy the moments I have.

One of my professors in college said, “The great thing about this is you now have all the time in the world.” And I think about that every day.

I’m flying tomorrow, and this is going to be the start of something new.

Unfortunately, this marks the end of the America Road Trip Series. 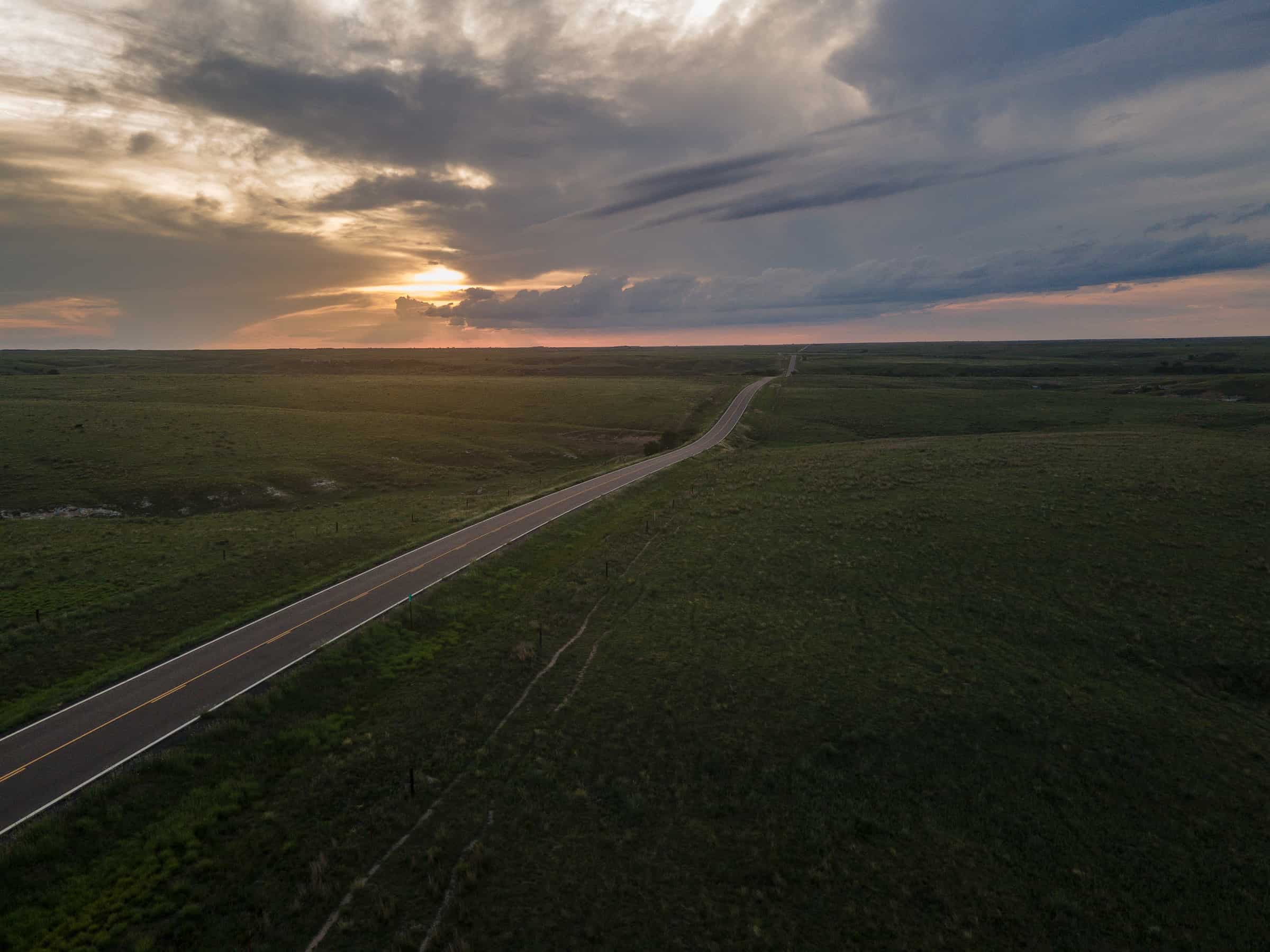 How to Save Money on a USA Holiday

But perhaps it’s the start of something greater.