Within the XF-ecosystem, there are two super-zoom lenses that are native and made by Fujifilm. The 18-135 is one of Fujifilm’s earliest releases, the 18-120 is one of the most recent (2022), and recently Fujifilm has been re-releasing certain earlier models of lenses, too. The 18mm, 23, and 56mm all come to mind….

According to the marketing department, the 18-120 was actually not meant to be a replacement for the 18-135. You will see that they focus on video specifications, such as the zoom rocker, faster autofocus, and it will lack typical photography features such as sharpness.

Meanwhile, the 18-135’s primary focus is the one-lens-rules-all. At its release, it was one of the few Fujifilm zoom lenses that contained OIS. (Particularly problematic when the XF bodies did not contain Internal Body Image Stabilization until 2018.)

Spoiler alert: Both lenses have potential compromises: The audible motor noise on the 18-120 and the sticky zoom ring on the 18-135 certainly come to mind.,…

Finally, both lenses retail for $899.

I think both the 18-120 and 18-135 are for people who want the one-lens-to-rule-them-all aka don’t-want-to-change-lenses approach, and are a perfect pairing with one of the prime lenses below.

Because of this long zoom range, there are seemingly a never-ending amount of XF lenses that cover a similar length. I am going to attempt and write the skinny for each lens here, but if you want additional information, please see the full reviews.

Everyone’s favorite red-badge. The standard 24-70 F2.8 (Full-Frame equivalent) is the best performing zoom lens in this focal length. However, it is similar to this lens in the exclusion of OIS. And is the image quality really that good?

One of my least favorite lenses, the 16-80mm F4 always disappointed in regards to image quality. I think it’s a direct competitor to this lens.

The standard kit lens. A used copy can be purchased for around $300.

A beast. This lens is the best performing Fujifilm telephoto lens, period. Is it a bit expensive? Yup.

It struggles past 130mm.

An instant classic. The XF 23mm f1.4 WR is sharp, has beautiful sunstars, and its bokeh is magical.

One of the few F1 lenses in the world that also has autofocus. However, with that 75mm FF focal length, you are going to have a very shallow depth of field.

A refresh of the original 56mm f1.2. This lens is now weather-resistant and has a closer focusing distance. (50cm)

The OIS allows you to turn off the optical image stabilization on the camera lens, instead of searching through the Fujifilm settings.  Interestingly, this was one of the buttons that the newer Fujifilm lenses lack. Newer zoom lenses such as the 16-80 and 70-300 (which both contain OIS) do not have this switch.

If you turn this switch to A, you can choose to program a button or dial on the camera body, and use that to change the aperture. Personally, I use the front command dial. (This is very similar to PASM cameras.)

Meanwhile, the 18-120 contains numerous buttons, dials, and switches…. but many of them actually do the same exact thing.

It has a long throw

The 18-120 zoom ring is electronic, which creates a different feel compared to the 18-135. You only have to actually move it a little bit, and it will automatically turn from 18mm to 120mm.

The zoom buttons automatically start and stop the zoom feature of the 18-120.  To stop mid-way through the zoom range, press the buttons again.

Given that the lenses were released eight years apart from each other, you would think that the build quality might have changed drastically. The basic material composition of these lenses have changed (I would say the 18-120 has a much more plastic-y feel), but the overall build quality should not cause concern for most.

Both lenses are weather-resistant, but one is an external zoom while the other contains an internal zoom. 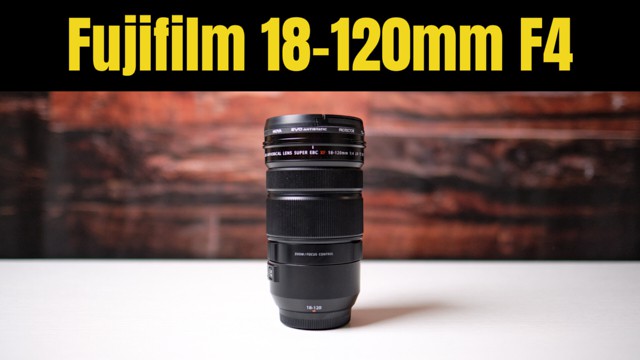 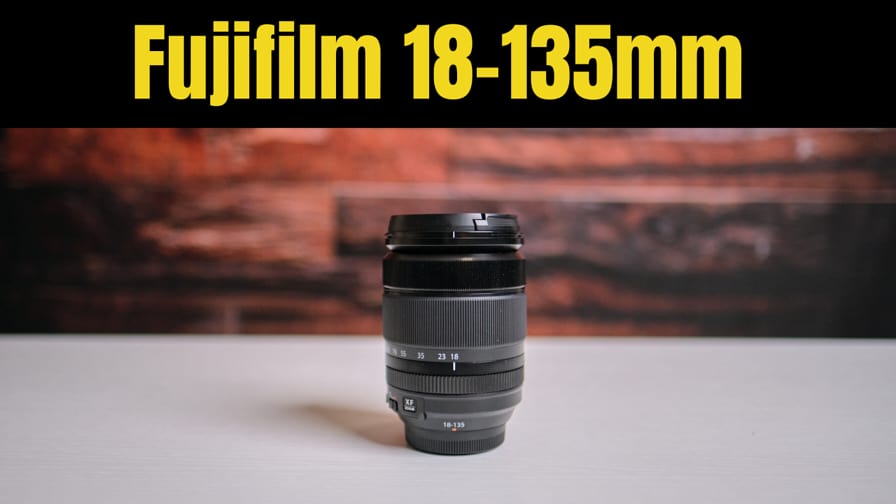 The 18-135 has a pretty noticeable sticky zoom around 100mm, so much so it sometimes felt like there was a hard-stop around the 100mm.

As I scoured the reviews, I realized that this was actually common within the 18-135, so it wasn’t just me.

Meanwhile, the 18-120 has a pretty noisy zoom, too. Although this lens is supposedly made for video work, the audible zoom noise means you will be less happy if you work in quiet environments.

I found the overall material of the 18-120 to be a bit less, and I think the focus and emphasis on plastic for this lens was due to the size. After all, it was an internal zoom, which created a longer lens, and due to engineering, weight needed to be decreased somewhere.

Now, the 18-135 is not one of the better-built lenses (that belongs to red-badge), but it’s good enough.

The only other difference I found interesting was the paint. I am not one to complain too often, but I thought the 18-120 might become more susceptible to scratches due to the paint used. The paint on the 18-120 has a higher sheen, too.

My final gripe about the overall build quality are the aperture rings (And lack there of). Again, both lenses have potential compromises.

Finally, I never quite knew which focal length I was using with both of these lenses. The 18-120 does not even have the markings, and it lacks a display on the older XT models.

You are not going to be impressed with the 18-135 in regards to sharpness. However, there were just two interesting things I found about the 18-135 and sharpness.

From the corner-test, I found the following results for the 18-120.

Unfortunately, the corners on the 18-120 struggle even more than the center. From my eye, I don’t even see how stopping down affected the image quality.

I would go as far as saying, if you plan on using the wider-end of this lens for photography, don’t.

A very much welcomed improvement in image quality/sharpness. The lens does start degrading around F11. And F4 performs better than F11.

Sure, it still does not perform as well as it did at 35mm or 80mm, though.

By far, the 18-120 won the bokeh competition. The ability to reach an aperture of F4 along with the pleasing transitions just made for a better experience. (This is despite the difference in focusing distances… about two feet vs one-and-a-half feet.)

Similar to the bokeh balls competition, the 18-120 has better bokeh balls. This isn’t due to the amount of aperture blades (both lenses have seven), but rather the optical lens design. (Although again, they are very similar.)

The 18-120 has three extra-low dispersion, three aspherical, and a few other glass elements to combine into 15 different elements with 12 different groups.

Meanwhile, the 18-135 has two extra-low dispersion, four aspherical, and some other elements to combine into 12 different groups with 16 different elements.

As evidenced, both lenses are fast enough for most video autofocus work. But I found the 18-120 just a bit more confident at tracking the face at different focal lengths and apertures.

Neither of these lenses will restore your confidence in the XF ecosystem’s Macro lineup. But simply put, these lenses were not designed with macro photography in mind.

I love the sunstar/starburst effect of the 18-120, and it makes every photo you can take with that effect very unique.

OIS vs. No OIS

With the 18-135, we have a semi-effective OIS system, and it probably rates for about 4 stops or so of OIS. I found that I was able to photograph down to about 1/10s with a focal length of 135mm. That’s very impressive.

This might become less important as every new Fujifilm body for the X-T and X-H lines since the X-H1 contain some sort of effective internal stabilization.

Fujifilm touted the 18-120 to be a video-first lens, but it failed in two different ways.

First, is the audible motor for the power-zoom. Second, there is some weird image warping as you zoom throughout the lens.

The 18-120 is a good product, but sometimes it felt like the entire lens was half-baked.

Comparing these lenses, it’s about trade-offs. But in regards to the aperture, there is really no competition.

I might argue that this is false advertising (it’s technically not), but think about this. (It’s a bad way to explain, but with the X-T4, you can have

At which focal length does the aperture change on the Fujifilm 18-135?

For as hard of a time as I give this lens, I do have fond memories over my time (about a week), with it. There is not another lens within the XF ecosystem that contains a powerzoom.

They are just better, period.

If you don’t own a XF body that contains some sort of stabilization, it might make sense to purchase the 18-135.

Losing two points as it is three hundred dollars too expensive at MSRP.

Because it is imperative for this lens, the 18-135 lost an entire point for the sticky zoom ring. Additionally, -1 point for already being at F4.5 at 35mm. That’s too far into the zoom range.

I hardly vent about style, but I was kind-of disappointed in the 18-135. It just did not give the same old but nice feel that other XF lenses offer. There is no marked aperture ring (not a big deal), but the zoom ring seemed to collect dust. (-1 Point)

Price: 4.5/5
I have yet to find a camera lens where I was happy with the price.

This lens is missing points for numerous reasons.

Not being able to see the focal length or use the full menu to enable the power-zoom means that Fujifilm users will be stuck upgrading to the newer bodies.

The black paint does not leave fingerprints. However, it lost some points due to this paint is actually very easy to scratch.